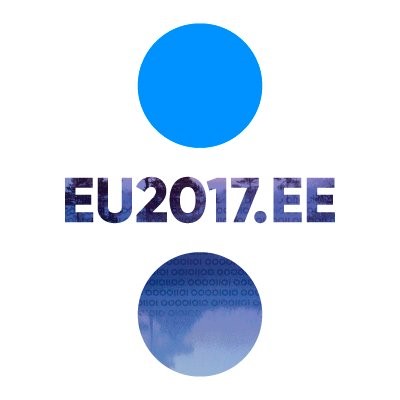 On 1st July 2017, Estonia assumed for the first time the Presidency of the EU Council. Estonia is the first country of the new EU Presidency ‘trio’, completed by Bulgaria and Austria, the two Member States that will lead the EU Council in 2018.

Based on the motto ‘Unity through balance’, the six months Estonian Presidency programme will be focused on four key priorities, addressing the current main issues at European level:

Discover more about the four priorities with this video summary:

The Estonian Presidency and Healthcare

Despite not having been identified as one of the four key priorities, healthcare will be an important part of the broader work of the Estonian Presidency. In particular, in its programme for the Employment, Social Policy, Health and Consumer Affairs Council (EPSCO), the Presidency highlights the key healthcare-related areas on which the Estonian-led European Union will focus on:

In the framework of the third priority ‘A digital Europe and the free movement of data’, the Estonian Presidency decided to give considerable importance to the digitalization of healthcare for its Presidency programme. The use of digital solutions in healthcare is indeed identified as a key factor not only to make the health systems more manageable and sustainable, but also to help patients assume greater role in their own care. Therefore, Estonia will initiate a broad discussion between Member States to further enhance EU-wide cooperation to overcome challenges, address thorny issues and sparkle a scale-up process over the next few years.

The Presidency will aim at creating the necessary preconditions for a broader use of e-health, implementing the principles of the Digital Single Market in the health sectors and thus overcoming obstacles such as scarce interoperability and fragmentation of services and markets. Particular attention will be given to health data. Due to the increased volumes of data created by digital solutions such as smart devices and mobile application, ensuring smooth cross-border data movement while guaranteeing high-level of security and data protection is consider essential to ease the utilization of health data for treatment, research and innovation purposes.

Health ministers will discuss e-health issues in July at an informal meeting and in October at a high-level conference. The Estonian Presidency will also propose Council conclusions on digital health for adoption at the December EPSCO Council.

To further work on free flow of data and to support the implementation of Digital health across Europe, the Ministry of Social Affairs of Estonia, in collaboration with the European Connected Health Alliance (ECHAlliance), launched an international collaborative work around the concept of Digital Health Society (DHS). An ecosystem of EU key stakeholders, representing policy-makers, citizens, health professionals, scientist, companies and payers, will work together to address the current challenges for digital health deployment, as expressed in the DHS Declaration.

A series of Task Forces has also been created and will work on specific topics such as interoperability standards, data governance and free flow of data, digital transformation and change management. The DHS Task Forces conclusions will be published in September, including call for commitments and actions.

Webinar about the Estonian Presidency and the Digital Health Society

In the framework of the DHS activites, the Ministry of Social Affairs of Estonia and the ECHAlliance have also launched a broad consultation across Europe. Do not miss the opportunity to contribute to the DHS declaration by sharing your ideas and experiences. Click here to access the online consultation (open until 30th of August 2017)