EHMA YAC Blog – Issue 3 – Hello Doc! Is there a Nurse in this Primary healthcare facility? 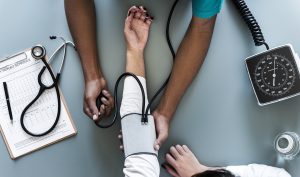 received substantial scrutiny, as demand for primary care has increased and nurse practitioners have gained traction with the public. Furthermore there is evidence which  indicates that primary care services, such as wellness and prevention services, diagnosis and management of many common acute illnesses, and management of chronic diseases such as diabetes can be provided by nurse practitioners as safely and effectively as by physicians.

A nurse practitioner has been defined as “an advanced level clinical nurse who through extra education and training is able to practice autonomously, making clinical decisions and instigating treatment decisions based on those decisions, and is fully accountable for her own practice.”

The organization of primary care and particularly the way in which doctors operate, differs widely between countries and largely determines the role and activities of nurses; i.eg there is a clear contrast between countries like France where general practitioners for the most part practice alone or in groups with other doctors (Germany, the Netherlands, Italy, Canada), and countries where doctors work in group practices with other health professionals (UK, Sweden, Finland).

The density of doctors seems to be related to the development of the nursing role: in Italy and Germany there is a high density of doctors and a relatively limited nursing role, whereas in the UK and Canada there is a lower proportion of doctors and the nursing role is more extensive. But a moderate density of doctors is not necessarily related to the develo­pment of the nursing role in the field of primary care.  It would appear that close collaboration between GPs and nurses is not a natural mode of operation in most countries. In fact, where this model does exist, whether in an experimental form (Italy, Ontario, Quebec, the Netherlands, Germany), or more generally (the UK, Sweden, Finland), this is as a result of concerted policy on the part of the state to develop the professions’ traditional modes of working.

An expanded scope of nurse practice and team-based approach has been shown to improve quality and patient satisfaction and reduce costs; i.eg in U.S. Retail clinics, where cost saving has been documented, nurse practitioners provide most of the care. According to calculations, nurse practitioner training is the fastest and least expensive way to address the primary care shortage; between 3 and 12 nurse practitioners can be educated for the price of educating 1 physician, and in less time . Some evidence based studies also suggest that appropriately trained nurses can produce as high quality care as primary care doctors and achieve as good health outcomes for patients. Furthermore, in some cases patients were more satisfied with nurse practitioners compared to doctors.  Is it time to embrace Nursing and its expansion in Primary care?